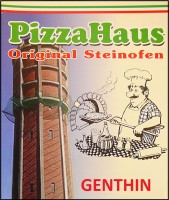 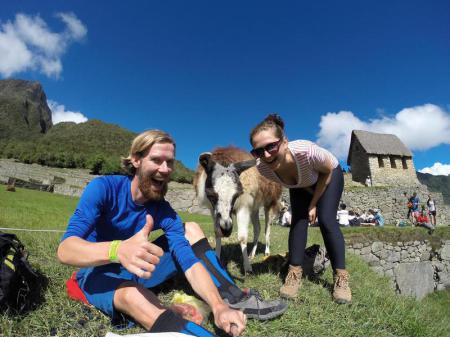 Being at Machu Picchu, hanging out with a Lama

We enjoyed our stay at the Casa Del Ciclista in La Paz. Especially the last days, being surrounded by those funny English cyclist Julien, Andrew, Sara and Tim. Good people indeed.

But also we have heard of the experience of Tim’s cycling around the world. We have been confronted with too much of serious reality. We hope you stay strong as you are Tim and that you can finish this cycling trip for a good reason.

For those who are interested check https://north2northcycletour.wordpress.com/ for a  great tour with impressive details of another cycling journey.

We took a lovely picture of all cyclist who have been present at that day in the Casa del Ciclista hosted by Christian. Thanks for the good times everyone. To get out of La Paz we had to climb out of the center, uphill for almost 2 hours before we reached the suburb EL Alto another 600m of Altitude. El Alto was just chaotic and we had to take care, that people are not grabbing our belongings of the bikes. On that day we have been cycling with Fransisco from Chile. Altogether we cruised among those smoky busses and trucks out of that busy City.

Soon we reached the landside surrounding La Paz. Farmers, cows, sheep’s and pigs are just a few meters off the road. It felt like driving through a farm. It was a lovely and very friendly feeling. Even the old ladies working on the field, harvesting the Quinoa are smiling and waving at us.

The first night we camped at the boat-building museum in Huarin. The owner is the son of the Bolivian boat-builder who created the reed-boats  the Norwegian adventurer Thor Heyerdahl, who become famous by crossing the pacific oceans with its  Kon –Tiki Expedition. We have been pretty surprised because we have not expected such a „famous“ place by looking out for an night-shelter. The very friendly owner was showing his actual project, the museum and he dressed like his father back in the old days. We could by some souvenirs in the morning and left for the next day trip direction lake of Titicaca.

Caused the long winding roads, the height of 4000m and the ending of the day, we decided to camp 15 km before Copacabana in the wild of the high mountain. A beautiful scenery was just there for the two of us. We cooked some vegetables and got prepared for a cold night. The next morning, after reaching the pass of 4300m, we had an easy ride downhill to the shore of lake of Titicaca and the touristy town Copacabana.  We stayed for a few days, met 2 other cyclist from Germany, Gabriel and David. We had a lovely daytrip to the Isle del sol and ate a lot of “trucha” (trout) from the lake.

On the 27th of April we cycled just 8 km from Copacabana to reach the boarder to Peru. Again, it was an easy process of showing passports, getting stamps and step over to our 4th country Peru.

Peru is another colorful and friendly place to cycle across. For the next days we enjoyed the almost flat road in an altitude between 3800 and 4200m. Less developed countryside’s, villages, less traffic and peaceful atmosphere along the road. We had a few lovely campsites close to the shore of the massive lake of Titicaca. We got self-made cheese and fresh fruits from the lovely ladies at the side of the road. We ate a typical „almuerzo“  (Lunch) as a menu for around 1 Euro. It comes with a soup as a starter, a main dish with rice, salad and meat or fish and a fruit salad or a cake as desert combined with a drink. It was a perfect retreat for lunch, which puts us into a sleepy mode for the next 30 – 60 min.

Soon we arrived Puno- it’s one of the major cities at the shore of lake Titicaca. As we came closer, the street turned out to be very narrow and only one car at the time can pass through the roadway. We were struggling finding our way to a cheap hostel and to avoid running in one of the vehicles coming from the front towards us. Our apartment for like 5 Euro a person was upstairs. We had to unpack the bicycles and carry everything incl. the bikes into to the second level to place them right in our room. Not a problem at all. Afterwards we went out for dinner. A small Chinese restaurant around the corner was the choice. We ordered a soup and a main dish for each of us, which was way too much. Already in the night, Thomas had a strange feeling in the stomach. In the morning he became a headache and felt sick. This is the result of overeating in the high altitude. It’s the same with over exhausting. The body struggles to work on the food or to supplies enough oxygen and you will feel sick, which is the so called altitude sickness. Thomas had to stay in bed for two days, drink a lot of mate de coca (Coca-tea) before we could keep on cycling.

We left Puno in direction west to the next destination. The city of Juliaca, where we stayed at the Casa del Ciclista of Giovanni. We had a separate room with a mattress to sleep on. The drive out in the morning was a disaster. The city is like a junkyard. You will see old, rusty cars, broken down on the side of the road. The road doesn’t really exist. It’s a pathway consisting of dried out mud, rocks, dust and sand. There are no sidelines, no orientation where to follow which lane. Only the semi-finished, ruin like houses are a kind of a limitation for the cars. It’s dusty, full of smog, dirt and rubbish. Elly was saying even in India it is not as dirty. We just want to get out of this disaster to breath fresh air. It took us  a while till we reached the end of town to see farms and greens again.

From now one we followed a road with a slightly uphill from the altitude of 3800m – 4200m. We have been cruising along valleys, having a beautiful view over the landscape, the surrounding mountains with snowcaps and some bigger rivers.

We had a few really cold nights in at 4000m. At least the thermometer of our cycling computer was telling us this. And as well the ice layer inside our tent, caused by the transpiration heat of our bodies and the resulting water, which will freeze at minus 2 degrees. But we have been pretty warm inside our sleeping bags and the additional inlets. And especially the morning with the rising sun at 7 o`clock, climbing above the edge of the mountain was a great moment. It was perfect for having a tea and breakfast in the melting sun.

Before reaching the town of Sicuani, we had to climb the pass Abra la Raya with 4352m. It was our highest passage we have ever cycled. An impressive feeling being in that high altitude and still kicking the bikes.  Lovely. And also the following downhill part J

By the end of the day we have camped at Rio Vilcanota. To find a good spot we crossed a swing bridge over that river. A  lovely setting in the valley. We had dinner, a beer and a warm night in the tent.

The next day was much longer then we would have expected. We planned on pitching the tent just before Cusco. But the villages and developed areas became denser. It was almost impossible to find a camp spot for the night. Not even a hostel was on the side of the road where we could pull in. We had to go on. It was getting dark, our legs have been sore. But what do to? We had to go on. Elly was getting up sad with the situation. Traffic was more and more chaotic; we didn’t have lights at the bikes. And just in that moment our odometer was telling us, that we had managed to cycle 3000 km in South America. What a Moment. But there was no time to enjoy that. We just wanted to finish the day....

By the time we reached the beginning of Cusco’s suburbs. In San Jeronimo we stopped at the first hostal we could find. Grabbed some beers and fruit and moved in to the apartment. A warm shower and a bed were waiting for us.

The next morning was a relaxed one. We took it easy to find the way to the recommended hostel Estrellita close to the center. A lovely place, where Victor the owner, is doing a really good job, serving breakfast and cleaning all facilities. We haven’t experienced this tidiness in hole South America. A good place to stay for sure. Also other cyclists turn in every other day.

Cusco is nice, touristy and built in a typical colonial-style. Massive walls, narrow streets and many Inca- relicts are present. It’s a former capital of the Inca area. And also the gateway for one of the spectaculars tours in Peru.

Visiting Machu Picchu. We also booked a tour to one of the new seven world wonders. A very winding road leads us for about 6 hours to Hidroelectrica, from where we had to follow the railway line to Aquascalientes for another 2, 5 hours. In Aquascalientes our guide Jimmy was showing us our hostel and gave us the information for the next day. Starting  to walk at 4:30 am to climb to the top to Machu Picchu, which was a steep walk of stairs within 1350m. At 6.30 Jimmy started the tour through that well known Inca village of Machu Picchu. He was giving us much important information, which had make this place even more impressive. The ruins, the terrace and the view have been spectacular already. But the “Why the Inca choose this place” and “And how they managed to build it”  and the resulting importance for the following generations are unbelievable. Definitely worth the money!!!

We are still in Cusco. Try to full fill every day, which is not easy since we stopped cycling. Somehow we are missing the daily activity of cycling, camping and cooking in the wild. And we can’t just switch to be a tourist. Strange days…

Our cycling part is finished. We are about to take a bus to Lima to catch the flight home. Many interesting events are waiting back in Germany. We are moving to a new flat, friends are getting babies, there are marriages and parties we are looking forward to. And also being around friends and family are becoming more important. It’s time to go home.

We had an intensive time in South America and have been enjoying our cycling for 3000 km. We leave with many new impressions  and unique moments. We have seen stunning landscapes and met new friends on the road. We want to thank everyone who has been with us and sharing a special time of our life’s and interesting stories with us.

Take care everyone. Hope to see u again. Let the good times rule.